SCHOOL IN AJEGUNLE ACCEPTS PLASTIC BOTTLES AS A MEANS OF FEE PAYMENT. 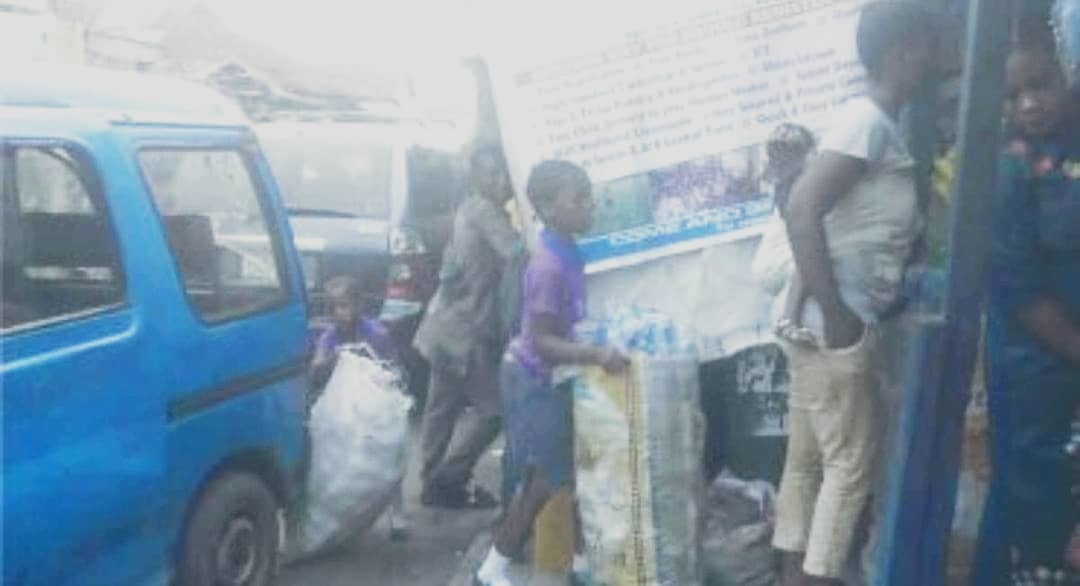 According to the Global Industry Analyst, “the global plastic consumption throughout the globe was approximated at 260 million tons in 2008, and it was predicted to be more than 300 tons in 2016”. Plastic pollution poses a  great threat to aquatic animals, wildlife and humans.

This is a great move towards recycling; following the 3R’s of proper waste management as Morit International School situated in Ajegunle, Lagos State permit parents to pay their wards school fees with plastic bottles. The waste plastic bottles gathered by the parents will be sold  to companies who would recycle them.

This initiative themed RecyclesPay Project was proposed by an environmental non-governmental organization in Lagos called African CleanUp Initiative (ACI), as this initiative was adopted by the school management in order to lessen the burden of parents struggling to pay their children’s fees.

The recycling company attached to this project is called Wecyclers, the staffs of Wecyclers come to the school to gather the waste bottles and an amount is given to the parents based on the weight of the bottles.

A kilo of the sorted plastic bottles go for #20 to #25 as explained by Alex Akhigbe, the Chief Environmental Officer to the ACI. Analyzing the importance of this project, he says; “the amount might be small but these little amounts would make up for the balance of the school fees”. He also explained mentioned that; “Wecyclers go to the school twice a week to collect the waste products to encourage parents who do not have storage facilities in their homes”.

Patrick Mbarama, the proprietor of the school embraces this initiative as he says; it recedes the burden of school fee caused by financial constraints on the part of the parents, as some still struggle to pay their wards fees of #7,500 per term.

In furtherance of this, the management of the Miss Earth Nigeria awarded scholarships to 20 students whose parents are actively involved in the ‘Pick that plastic, and stay in school’ project. The scholarship will serve as the part payment of the students fees and the bottles bought for recycling will be used to settle the remaining fees for the term.

This project will start at Monarch Private School, Alagbado and other schools in Lagos next term. We hope that other schools in various states will follow the footprints of Morit International School, Ajegunle.

As individuals. we can also contribute towards the environment by reducing plastic pollution whose ill effects cannot be reversed.