Reps to Criminalise Use of Plastic Bags 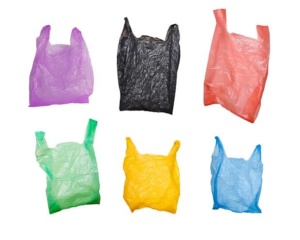 The House of Representatives has adopted a report on a Bill for an Act prohibiting the use, manufacturing and importation of plastic bags for commercial and household packaging.The report was adopted on Tuesday at the Committee of Whole presided over by the Deputy Speaker, Rep. Yussuf Lassun (APC-Osun). The bill aims to address the harmful effects of plastic bags on the oceans, rivers, lakes, forests, wildlife as well as human beings when passed into law.

The bill which has been passed by the Senate was presented to the house by Rep. Mohammed Monguno (APC-Borno). The report recommended that retailers of goods shall offer paper bags to customers instead of plastic bags or be guilty of an offence when the bill is passed into law.

Monguno, while presenting the report said that the bill seeks to relieve pressure on landfills and waste management. Furthermore, he states that the use of plastic bags is rampant and that the bags are not bio degradable, which will affect arable land, water bodies and wildfire for years to come.

Lassun who presided over the meeting observed that the bill should create room for recycling of plastic bags.He said that the bill as it stands, when passed would mean that plastic bags would not be seen again in the country. The bill would now be listed for third reading on a later date after which it would be sent to the President for approval.